Starfish of the Bahamas 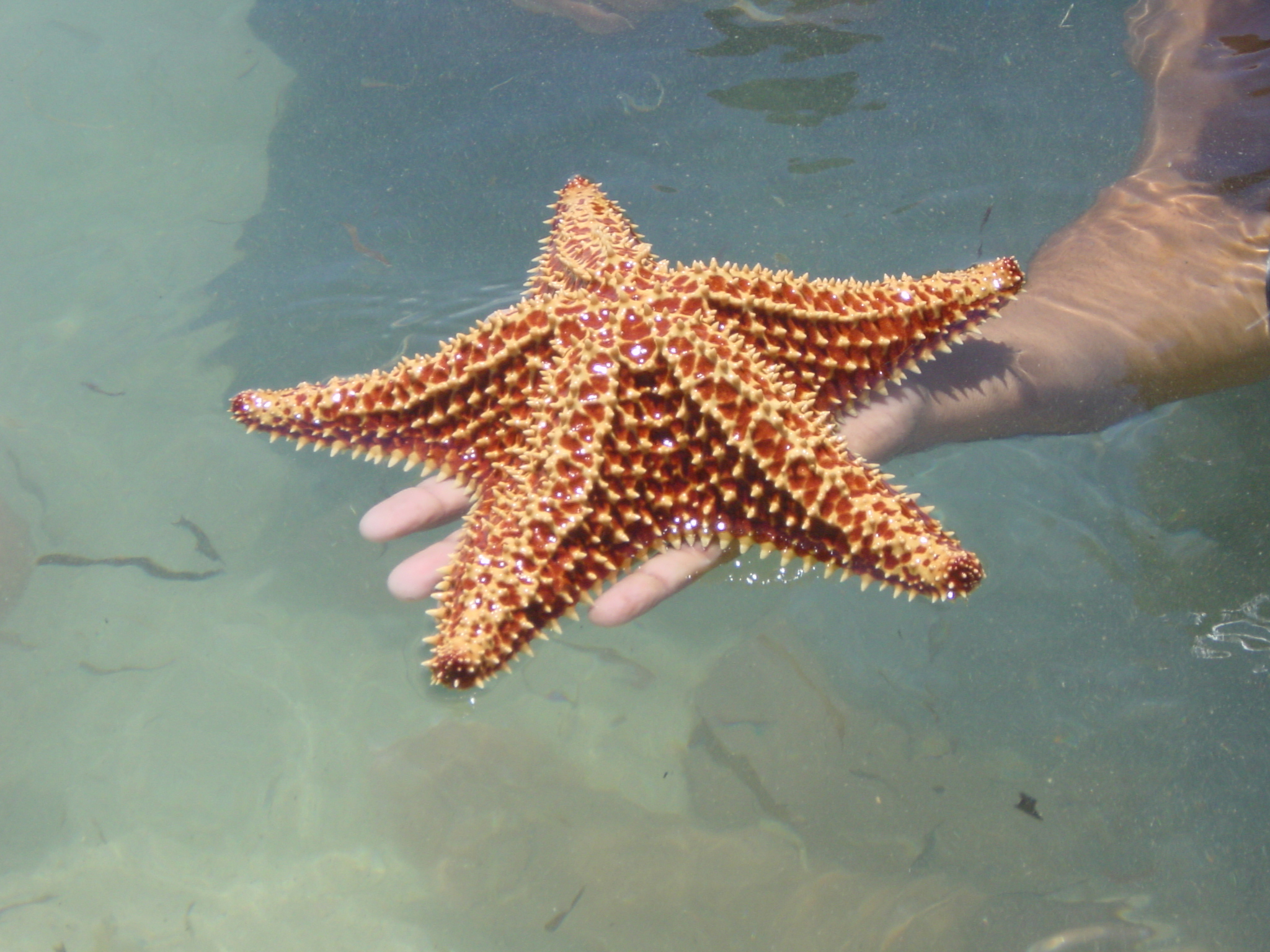 Starfish are popular among scuba divers and snorkelers, if only for their charming appearance. Nor are they hard for experienced divers to find in the waters near the Bahamas. When scuba diving Bahamas guides can lead swimmers right to these and many other exotic animals and sights, ensuring that every trip results in once-in-a-lifetime experience.

The appearance of a starfish is given away by its name, though it is shaped not like a real star but like a child's representation of a star, with (usually) five distinct arms. It is also not a fish, but a echinoderm. Its whimsical appearance may explain part of its popularity, as it is difficult to be afraid of a star, however strange it may be to find it in animal form. Though often a sandy orange or yellow color, there are also starfish with much more eye-catching hues, including bright blue, purple, or red. The Royal starfish is one example of a brightly colored specie that can be found in the waters near the Bahamas. A starfish's colors can be used both as camouflage and to scare away predators.

There are also starfish which have more than five arms. They can weigh up to about 10 pounds and are generally anywhere from just under half a foot to about 9 inches long, though there are also species that are significantly smaller. The Sunflower star is the largest at over 3 feet in length. The varied colors and shapes can be explained by the fact that there are well over a thousand species of starfish in the world.

One of the most intriguing things about a starfish is its ability to regenerate arms that have been torn off or damaged. Some species can even, from just part of an arm, regenerate an entire body. The bodies themselves are covered by a hard bony skin, which is one thing that makes them difficult for humans to eat. Different species have different textures, from smooth to spiky.

They mainly feed on benthic invertebrate, which include certain types of sea worms and snails that live on the ocean bottom. Unlike most other animals, in many species of starfish the stomach can actually emerge from the body and begin to digest food before it is even swallowed. This helps them in eating larger prey.

Clams and oysters are also included in their diet. They can pry open the shells and insert a small portion of stomach within and begin digesting the animal there. Certain species are also filter feeders, which is beneficial to the marine environment as they help to clean the water as they feed.

Starfish can be found all over the world, in all different depths and temperatures. However, they are limited to salty water and therefore aren't found in freshwater rivers or streams. Aside from that limitation, they can be found in oceans from the North Sea to the Southern Ocean and everywhere in between.