The Role of Jacques Cousteau in Scuba Diving 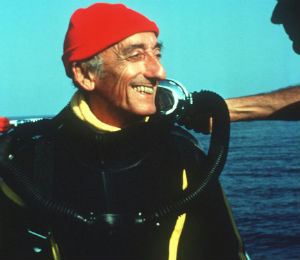 For anyone who is looking to learn to scuba dive Nassau Bahamas is one of the epicenters of the sport. However, before scuba diving became the major recreational sport it is today, it was a much more mysterious, much more specialized activity done by only a brave few. Jacques Cousteau was one of the pioneers in the 20th century that helped to popularize the sport and bring it to the masses. He also contributed to scientific and technical discoveries that helped to make deep sea diving possible.

Born in June 1910, Cousteau was always fascinated with the sea. He served for many years in the French Navy, and his exploration of the sea began during the time he was with them. Though all he had was goggles, his first underwater experiments took place in Toulon when he was still in his 20s.

Almost as soon as he began to study the sea, he also began to write about and film his discoveries. Along with a group of friends, he directed the first underwater French documentary, which won him a prize when he was 33. Marcel Ichac, Philippe Tailliez and Frédéric Dumas were his collaborators for the project, and he would go on to work with Tailliez again on other documentaries. Though for this first documentary they had no underwater breathing aids, they did use a specialized camera.

By the time Cousteau began to film his next documentary, he was ready. Along with Emile Gagnan, who also invented the demand regulator, he designed and had built the first prototypes of the Aqua-Lung. The Aqua-Lung became the first widely successful self-contained underwater breathing apparatus, changing the face of diving forever. These prototypes also made shooting his next underwater documentary possible. He continued to work to improve the prototype throughout the 40s.

He also continued to grow professionally in that timeframe. Tailliez and himself were given the responsibility of setting up an underwater research group for the French Navy after an admiral saw one of his films. After leaving the navy, he also set up the French Oceanographic Campaign and set off on a ship of his own to do research. During these years many honors and awards were given to him. He also developed some simple submarines for further exploring the deep ocean in the 1950s.

While he continually made films and wrote books, he also had a long running TV show of his own in the 1960s. Much like other scientist adventurers on TV today, this helped to even further popularize his area of interest. Without his books, films, and shows it is unlikely that deep sea interest and exploration would be what it is today.

Though Jacques Cousteau died in the 1990s, his legacy lives on. All modern scuba divers have him to thank for their ability to explore the ocean, both from a technical standpoint and an awareness standpoint. For those who come to scuba dive Nassau Bahamas is a beautiful place to first put on a mask, but it is important to remember that without Cousteau's Aqua-Lung and films, they would never have had the opportunity or desire to explore the ocean at all.